When migrating Slack to MS Teams, you have 3 options:

In order to migrate a Slack to a Team, you have to specify the name of the Team (prefix of email address) in the target name in the Cloudiway portal.

Example:
In this example, we are migrating a Slack Channel called design into a Team called design. We have to specify “design” in the target name field.
If the Team design does not exist in the target, it will be created with the pre-processing task. Otherwise, the migration engine will just bind to it and migrate the data into the default General Channel of this Team.

Option 2: Migrate into a specific Channel of a Team

If you want to migrate into a specific channel of a Team instead of the General Channel, in the Target Name field, you have to specify the name of your Team and the name of the Channel in the Target Channel Name (Optional).

Note: If the Team or the channel doesn’t exist in the target, they will get created with the pre-processing task.

If you want to migrate into a specific Private channel of a Team, you have to enable the “Migrate to Private Channel” option.

Example: If I want to migrate a Slack Private Channel called Paris to a Private Teams Channel called Versailles under a Team that has the email address iledefrance@company.com

Note: If the Team or the channel don’t exist in the target, they will get created with the pre-processing task.

Slack Migration, Before and After

Here’s a screenshot of a Private Slack Channel called Paris. It has some messages and some files (Teams_v2.psm1 and PdfBoring.pdf) attached.

It is going to be migrated to a Private Slack Channel Called Versailles Under a Team Called IleDeFrance.

Please beware that the chat messages are posted with a timestamp of the migration and will appear on the bottom of the message thread. Also, please note that if a message error out and you restart the migration, that message will be pushed during a delta pass and will appear again on the bottom of the thread. (This will cause a chronological disorder in the messages). This is a Microsoft Graph API limitation. 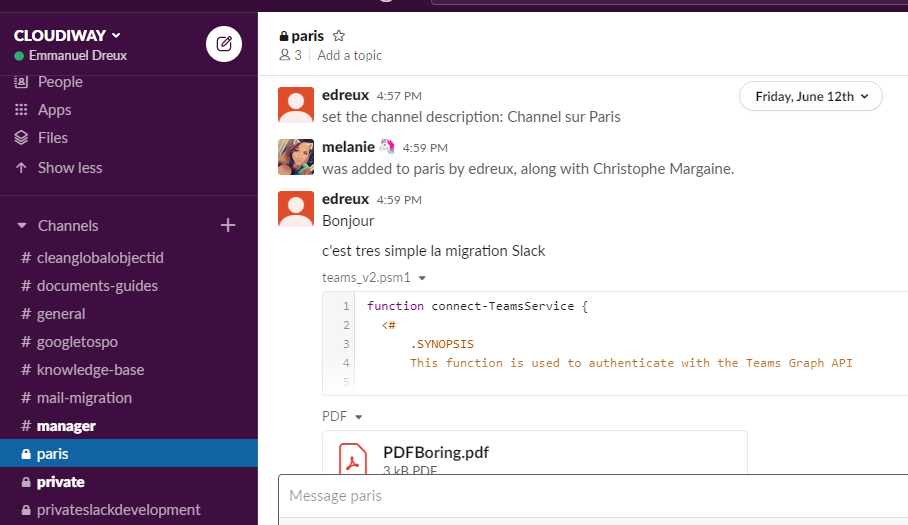 The files and messages are migrated. 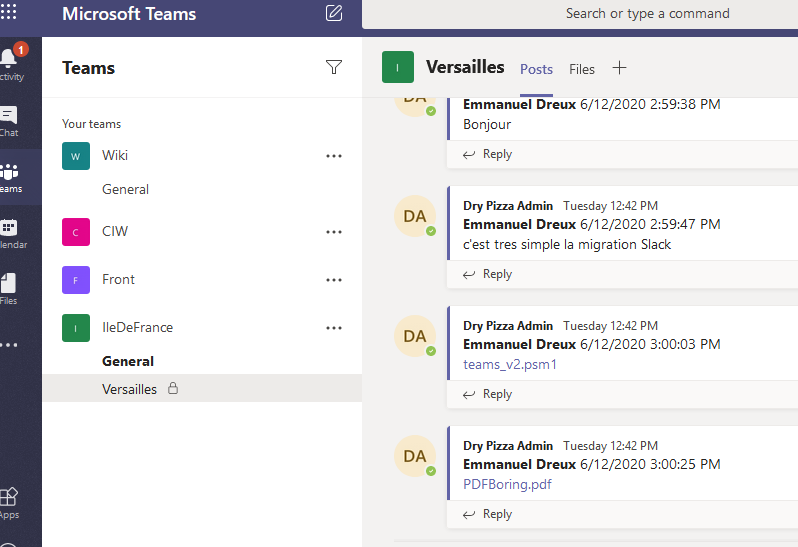 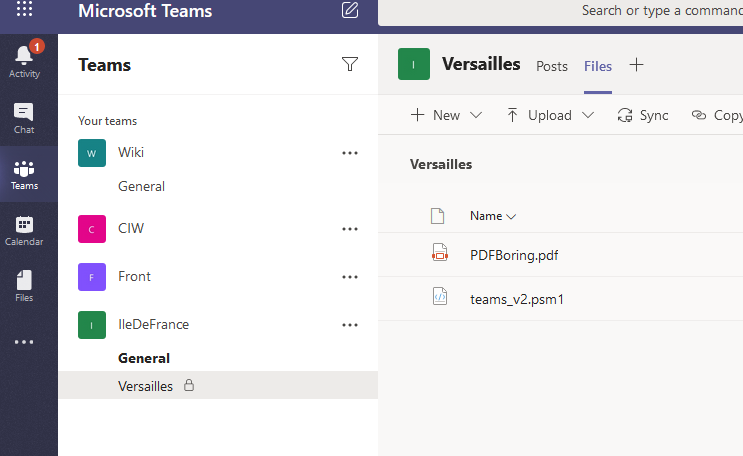 Check out the solution page: https://cloudiway.com/solutions/slack-to-teams-migration/

And the full Admin Guide: https://cloudiway.com/resources/documentation/slack-to-teams-migration/